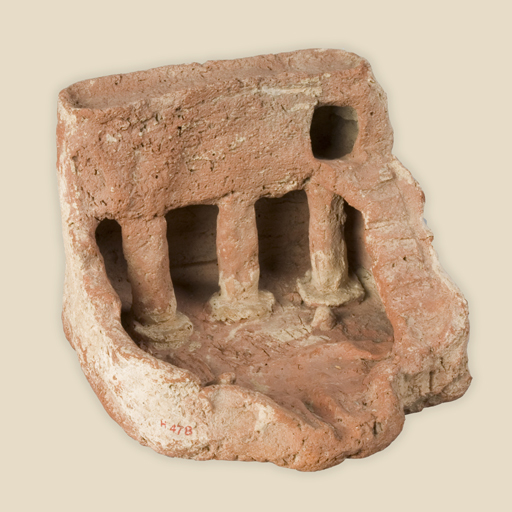 This is a ‘soul house’ or funerary offering.

It is from grave 44 at Deir Rifa. Offering trays made of clay were placed at the entrance to a shaft tomb. Also known as ‘soul houses’, these objects were in use over a long period, during the First Intermediate Period and the Middle Kingdom (about 2181-1650 BCE). The most elaborate offering trays were in the form of a house and courtyard, filled with food. This provided a symbolic home and food for the dead person.This offering tray has a house with stairs going up to an upper floor, showing what an Egyptian house might look like. In the courtyard in front of the house is a pool of water. Laid out in the courtyard are offerings of bread and meat. This is a ‘soul house’ or funerary offering. It is made from clay. It is at least 3,800 years old, dating to the 12th Dynasty (about 1985-1795 BCE) in the Middle Kingdom.