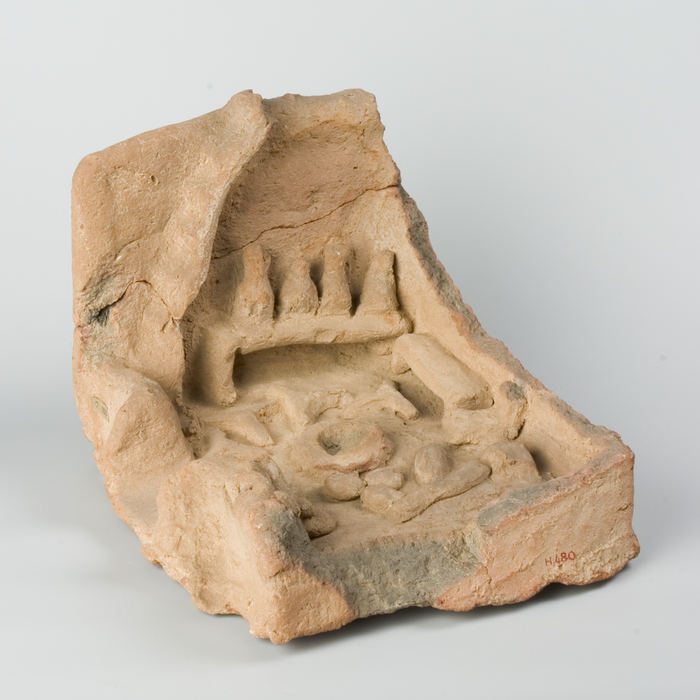 This is an offering tray.

It is from grave 60 in Deir Rifa. Offering trays made of clay were placed at the entrance to a shaft tomb. Also known as ‘soul houses’, these objects were in use over a long period, during the First Intermediate Period and the Middle Kingdom (about 2181-1650 BCE). The most elaborate offering trays were in the form of a house and courtyard, filled with food. This provided a symbolic home and food for the dead person. This example is missing its roof and back wall. A flight of stairs leads up to the roof or an upper floor. Inside the house, a table by the wall holds four wine or water jars. The food offerings are laid out in the courtyard of the house: they include the heads and a leg of beef and round loaves of bread. The circular object in the middle represents a pool of water. This is an offering tray. The is made from clay. It is nearly 4,000 years old, dating to the 12th Dynasty in the Middle Kingdom (about 1985-1795 BCE).