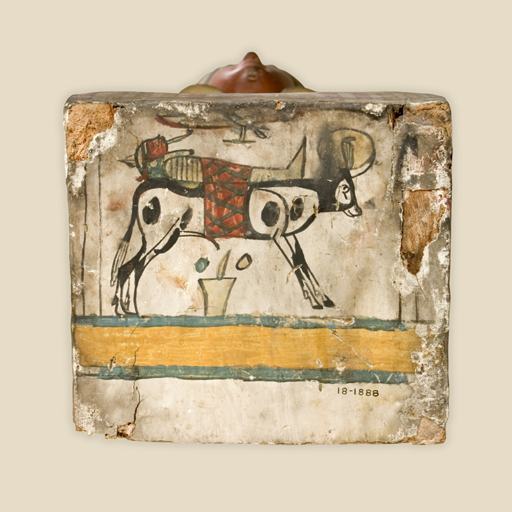 This is the lid of the coffin of Pi-ankh-netchem-ben.

It is from Thebes. The coffin belonged to a man called Pi-ankh-netchem-ben, son of Nes-amun and Lady of the House, Na-aa-Mut-es-nakht. The coffin is decorated in the fashion of the time. The surface is covered in rows of prayers and gods to protect the body. The image on the foot shows the mummy being carried by the Apis bull. The Apis bull was associated with the gods Ptah and Osiris, and so linked the dead person with the promise of rebirth. This is the lid of the coffin of Pi-ankh-netchem-ben. It is made from wood. It is over 2,600 years old, dating to the 24th or 25th Dynasty (710-675 BCE) in the Third Intermediate or Late Period.