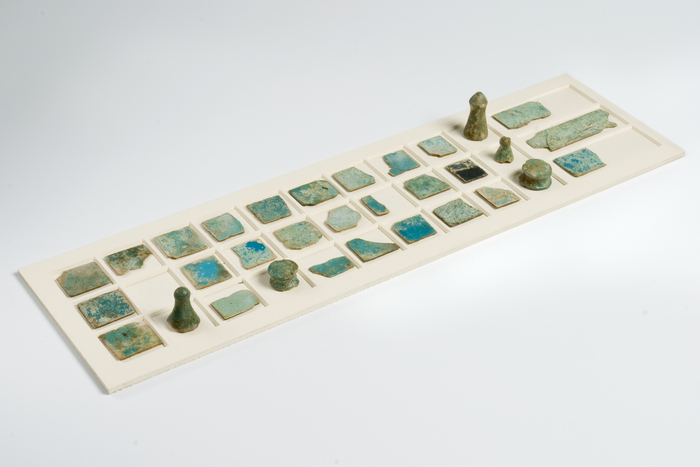 These are gaming pieces from a senet game.

It is from grave 114 at el-Riqqa. The game of Senet was usually played by two people. Each had five or more playing pieces like these. One player had reels, the other cones. The aim of the game was to move the pieces off the board first. If one player’s piece landed on an already occupied square, their opponent’s gaming piece would be sent back to the start. Landing on one of the picture squares could stop a player moving or send their piece back several squares. Landing on the water square could ‘drown’ the player. Sticks were used like dice to decide the number of moves a piece could make. These are gaming pieces from a senet game. They are made from faience. They are at least 3,200 years old, dating to the 18th to 19th Dynasties (about 1550-1186 BCE) in the New Kingdom.