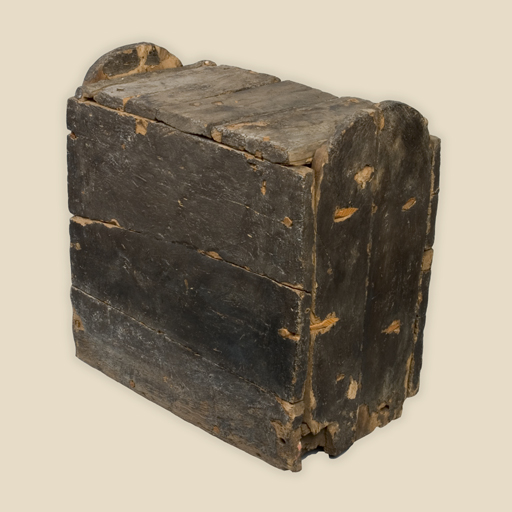 This is a shabti box.

It is from a grave in Dra Abu el Naga, Thebes. The undisturbed burial contained a man’s mummified body contained in an inner and outer wooden coffin, two boxes of shabtis and a Ptah Soker-Osiris figure. One shabti box was by his head, on the right side, containing 203 shabtis. The other, holding 200 shabtis, was positioned alongside his right leg. The excavation report suggests that the shabtis were packed in sand in the boxes, but this might refer only to those of the woman buried in the same tomb. This is a shabti box. It is made from wood. It is almost 3,000 years old, dating from the 22nd Dynasty (about 945-715 BCE) in the Third Intermediate period.