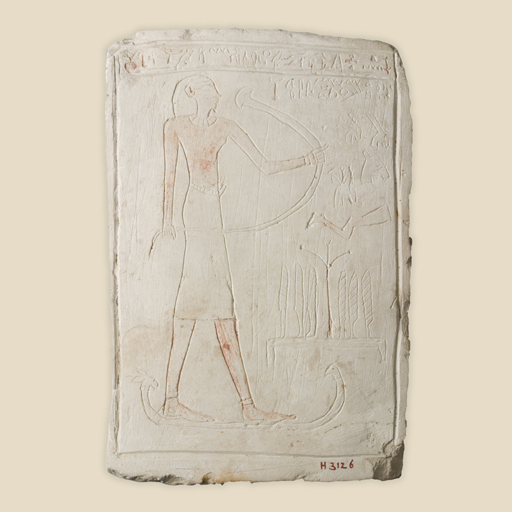 This is a stela for a deceased man named Nekht-iqer.

It is from Diospolis Parva. Nekht-iqer is shown standing on a papyrus boat, smelling the perfume of a lotus flower. Perhaps he is out hunting in the marshes? The hieroglyphs on the stela ask for food for the Afterlife: A royal offering to Osiris Lord of Busiris, Khentyamentiu, Lord of Abydos; invocation – offerings of bread and beer for the revered one, Nekht-iqer, justified. This is a stela for a deceased man named Nekht-iqer. It is made from limestone. It is about 4,000 years old, dating to the 11th Dynasty (2055-1985 BCE) in the Middle Kingdom.