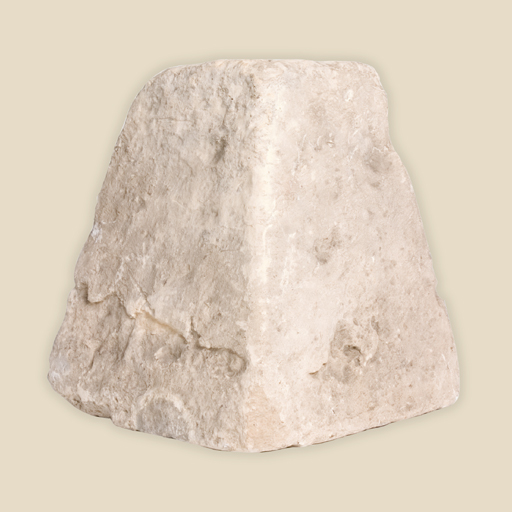 This is a stone survey marker.

We do not know where it was found. Survey marker stones were a vital part of the tax system of ancient Egypt. To assess the crop and calculate the tax due from each estate, the tax officials had to know the exact size of the fields they were assessing. The survey stones marked the field boundaries. Moving the boundary markers was an offence. Some Egyptians even stated in their Negative Confession after death that they had never taken land from a neighbour or altered the size of a field. This is a stone survey marker. It is made of stone. It is over 1,600 years old, dating to the Roman Period (30 BCE-395 CE).