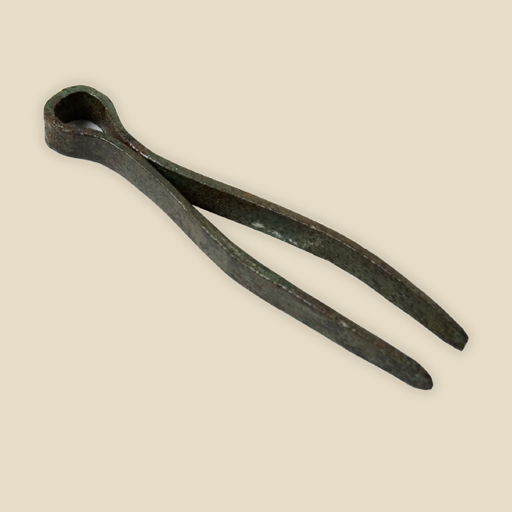 This is a pair of tweezers.

They are from the Shuneh Fort, Abydos. Tweezers were part of the cosmetics toolkit of an ancient Egyptian. Tweezers, combs, mirrors and razors were all needed for a person to look their best. It was usually only the richer people who would own all of these, and they might have servants to shave them. Poorer people might pay a barber to shave them rather than owning a razor and tweezers to shave and depilate themselves. This is a pair of tweezers. They are made from copper alloy. They are at least 2,500 years old, dating to the 20th-26th Dynasties (about 1186-525 BCE).