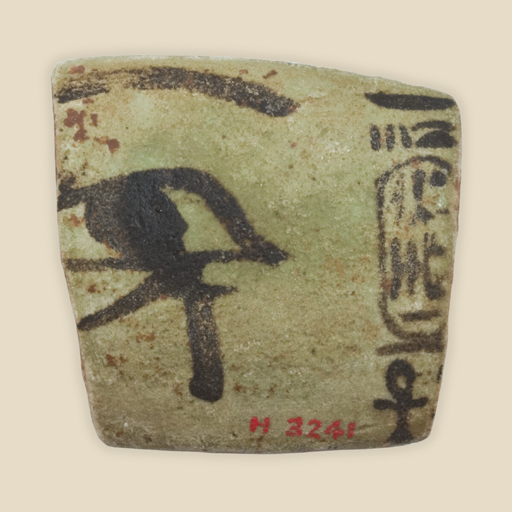 This is part of a wand used in dancing.

It is from Serabit el-Khadim, Sinai. This dancing wand has the cartouche of Sety I, his name or title in a frame, and part of a ‘grant life’ offering formula on it. Wands were used in magic and spells were often re-inforced with dancing.The ancient Egyptians mined turquoise at Serabit el-Khadim, in the Sinai Peninsula. The miners’ settlement included a temple to the goddess Hathor, ‘lady of turquoise’, and many faience objects were given to her as offerings. This is part of a wand used in dancing. It is made from clay. It is over 3,000 years old, dating to the 19th Dynasty in the reign of Sety I (1294-3286 BCE) in the New Kingdom.