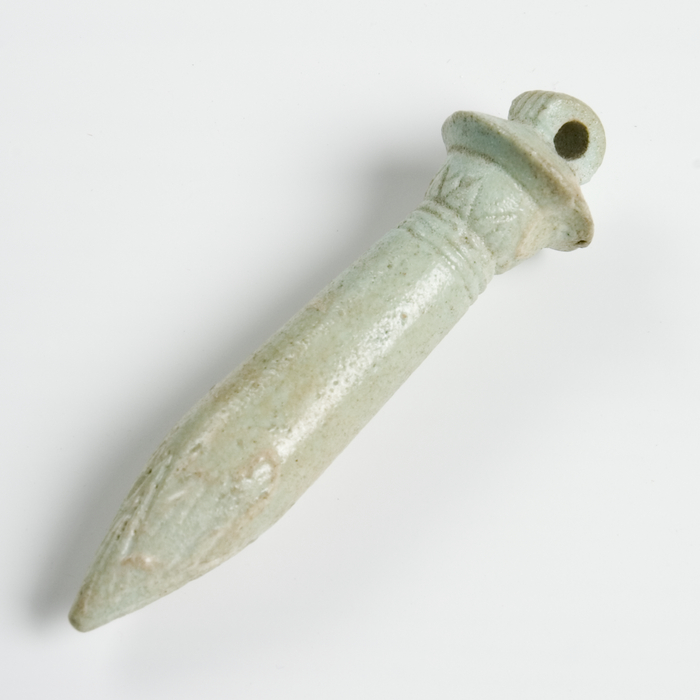 It is a papyrus amulet, or wadj.

We do not where this object is from. The Egyptians used the pith of the stem of the papyrus plant to make a form of paper. The plant grew by the River Nile, and to the ancient Egyptians the green colour and the new shoots of the papyrus suggested regeneration. The papyrus as amulet represented rebirth and resurrection. It is a papyrus amulet, or wadj. It is made from faience. We do not know how old this amulet is.