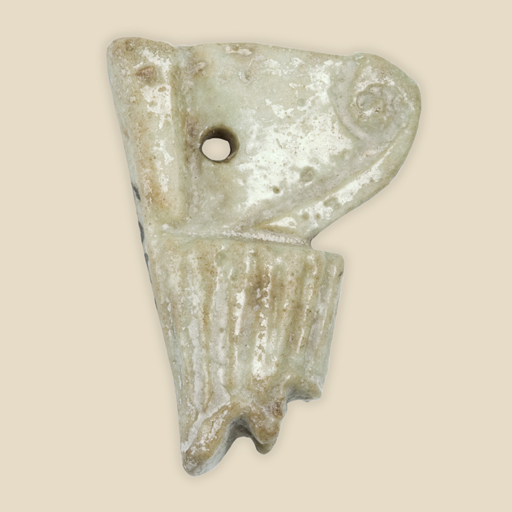 This is an amulet of the Red Crown of Lower Egypt.

This object is from Egypt but the exact location is unknown. The pharaohs of ancient Egypt had several crowns and headdresses, each with their own symbolism. The Red Crown, deshret, represented Lower Egypt. Only the pharaoh could wear a royal crown, but over time, royal symbolism was used by ordinary people. This amulet in the shape of the Red Crown would have given royal protection or privileges to the dead in the Afterlife. This is an amulet of the Red Crown of Lower Egypt. It is made from faience. It is over 2,500 years old, dating to the 26th Dynasty (664-525 BCE) in the Late Period.