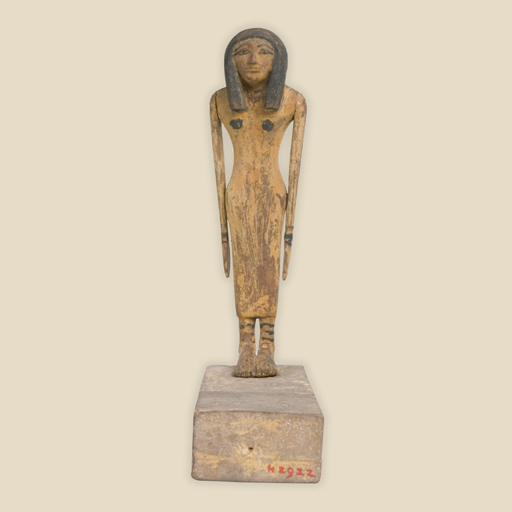 This is a figurine of a ka.

This object is from Egypt but the exact location is unknown. The ancient Egyptians believed that the ka would live in a statue of the dead person placed in their tomb. This ka statue was made for a woman. Her name is written on the stand, but the hieroglyphs are illegible. This is a figurine of a ka. It is made from wood. It is over 3,800 years old, dating to the 12th Dynasty (1985-1795 BCE) in the Middle Kingdom.