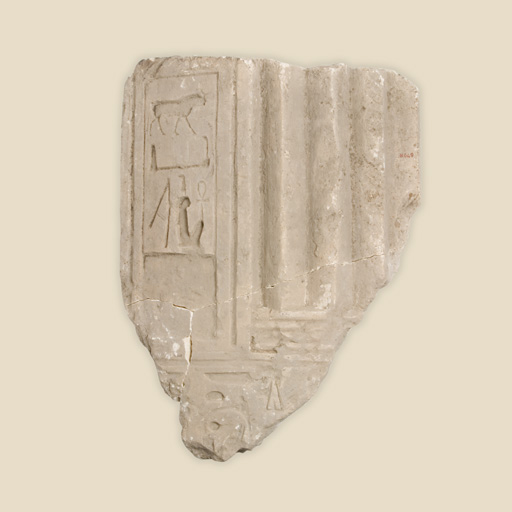 This is part of a temple column.

It is from Memphis, probably from the Temple of Ptah. This is a fragment of a large stone column, probably part of the Temple of Ptah. Inscribed on it is the Horus name of Ramesses II, Ka-nakht-mery-maat, and part of an inscription to the ‘Lord of Appearances, Image of Re’. The name probably records the pharaoh as the builder of the temple, as Ramesses II enlarged an earlier temple. This is part of a temple column. It is made from stone. It is between 3,220 and 3,290 years old, dating to the 19th Dynasty (1279-1213 BCE) in the New Kingdom.