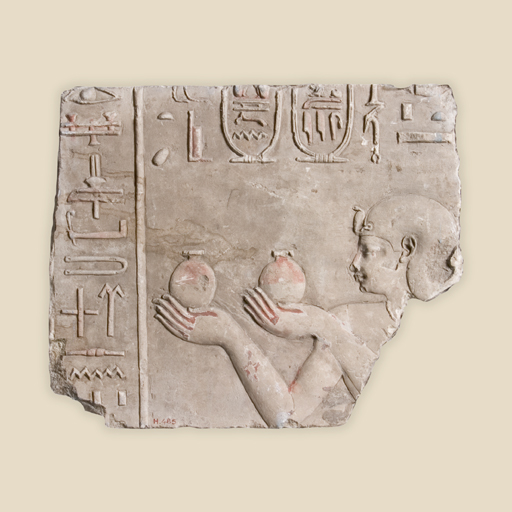 This is an offering scene from the temple of Hathor.

It is from Kom Abu Billo (Terenuthis).

This offering scene was on the walls of the Temple of Hathor, in honour of Ptolemy I Soter I. It shows the pharaoh offering nu pots to the goddess. The Pharaoh was the link between gods and humans, and it was his job to ensure that the gods were worshipped in the proper way.

This is an offering scene from the temple of Hathor. It is made from limestone. It is over 2,000 years old, dating to the Ptolemaic Dynasty in the reign of Ptolemy I Soter I (332-282 BCE) in the Ptolemaic Period.