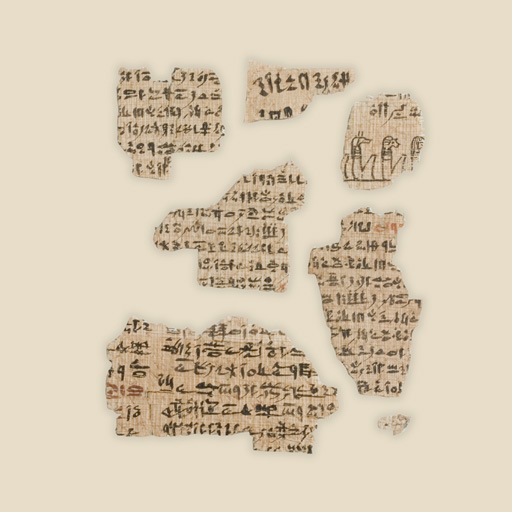 This is a papyrus with hieratic writing.

It is from Egypt but the exact location is unknown. Papyrus was manufactured from the 1st Dynasty, circa 3100 BCE. It was used by the Egyptians for the next 4,000 years, as we would use paper. It was used for funerary prayers to be buried with the dead, and for official documents and private letters. This is a papyrus with hieratic writing. It is made from papyrus. It is over 1,600 years old, dating to the Ptolemaic Period to Roman Period (332 BCE – 395 CE).