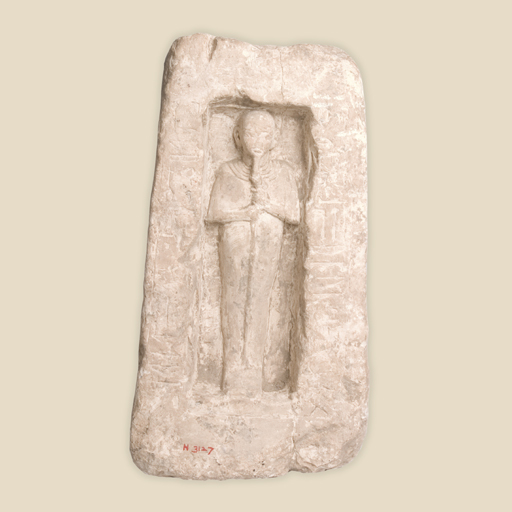 This is an offering shrine to the god Ptah.

It is probably from Memphis. Ptah was worshipped as the creator god in Memphis. He was usually portrayed as a mummy. The Egyptians came to regard him as one of the gods of the dead. This shrine, dedicated by one Neb-ka to Ptah, was an offering to the god. The inscription on one side reads ‘Ptah to Neb-ka, the Good God, Ruler of Eternity, he gives joy’. The donor and his family are shown on each side, worshipping Ptah. This is an offering shrine to the god Ptah. It is made from stone. We do not know how old this object is.