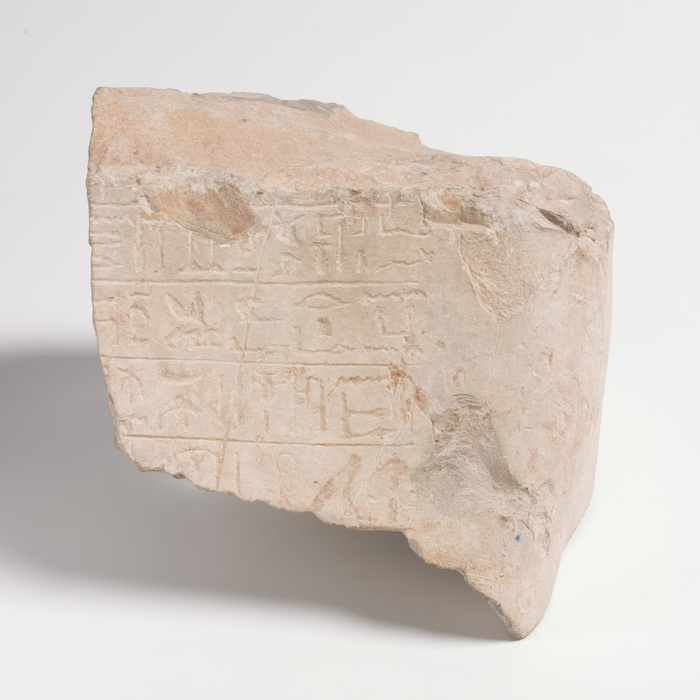 This is a fragment of a statue of a man called Senaaib.

It is from Abydos.

This is part of a statue showing Senaaib seated on the ground – this fragment is his knees. He or his family would have given it in the hope of offerings for his ka. A translation of the inscription reads; “May he give a votive offering of beer, bread, cattle, birds, alabaster (vessels), linen, incense: for the ka of the Count, Prince, Royal Sealer, High Steward Senaaib, true of voice, Lord of Dignity, born of Herenheb.”