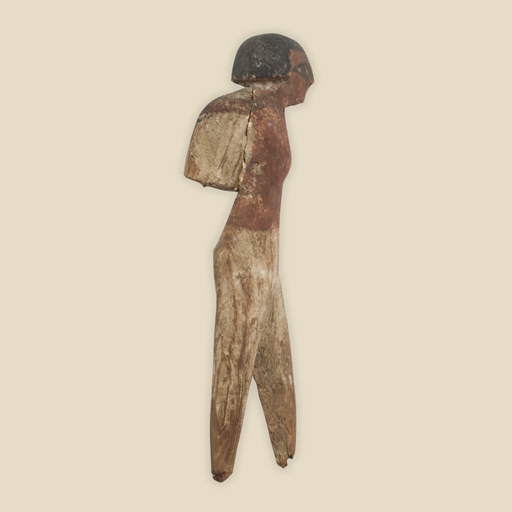 This is a wooden tomb model figure, carrying a sack.

It is from Egypt but the exact location is unknown.

The Egyptians believed that a wooden model placed in the tomb would provide the dead with what was shown in the model. This figure was probably in a scene of a granary, with men moving sacks of wheat and barley into storage. The dead person would therefore have grain to make bread. Many people worked on the land in ancient Egypt. The tomb models give a good idea of the work they did.